We're in the process of looking for speakers for our next TEDxStuttgart; and, as always, it's a mixture of frustration and delight. Frustration because of the huge amount of very weak proposals we get. Which only increases the delight when we find someone who actually has something to say.

At a recent interview, after the candidate had explained her idea, I had to caution her a little that she may be trying to pack too much into that talk, but my overall reaction was: I want to hear that talk! 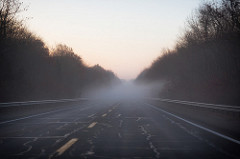 So is that a good criterion to rate a talk idea? Actually, I had a very similar reaction after an earlier interview, only that I phrased it like so: "I would like to hear that talk" - a phrase that is inevitably followed by a "but ...". In this second case, the speaker had an intriguing idea but no data to back it up yet. He was only planning to do what he was going to talk about and tried to convince us that he would have enough data to back up his theory by the time of our event.

That sounds suspiciously like a trap that I've fallen into myself a couple of times: You have a great idea and the date of the talk is far away in the future. So you think you have enough time to do the research and prepare everything. And then life happens. Things don't work out as expected. And so on. In the best case, you'll have material for a semi-interesting talk about failure on your hands. In the worst case, you're going to deliver a weak talk and will disappoint both your audience and yourself. It's not a nice feeling. Believe me, I've done it myself.

I still would like to hear that second talk, even if it's about the failure of the original idea. But it's quite clear that it's too early. Even if the idea turns out to be a success (and I wish the speaker in question all the best), it's probably still too early to draw any helpful lessons from it. Not to mention that you couldn't learn anything about the long-term effects of his idea.

So, unfortunately, an interesting proposal doesn't guarantee an interesting talk. Be careful and don't let your enthusiasm for a topic or a speaker get in the way of a rational assessment. That applies both to speakers and conference organisers. In the case of the first speaker I mentioned, though, we're confident that she'd be able to deliver a great and interesting talk. You'll see if we were right at our next TEDxStuttgart in September.

(Photo Credit: Into the unknown by Edwin Land, CC BY, from Flickr)

""I want to hear that talk"" by Dirk Haun is licensed under a Creative Commons Attribution-ShareAlike 4.0 International Licence.

"I want to hear that talk" | 0 comments | Create New Account