I can't be the only one this has happened to: I want to submit a talk for a Call for Papers for a conference. The conference is quite some time in the future, I think it's interesting and I want to attend, so I submit something that I think I can talk about. Some time passes, the talk gets accepted, some more time passes and it's about time to start working on that promised talk.

And that is when the trouble starts, because suddenly I realise that it doesn't quite work out as originally planned and submitted.

I know that I'm not entirely alone with this problem, since I do occasionally hear speakers at conferences admit that they had the same problem while preparing their talk. So if this happens to others, too, do we have a problem here?

It's easy to blame the speaker for this situation. After all, shouldn't they only submit talks if they know what they're going to speak about? There's certainly some truth in this. The prospect of going to that conference, with the extra perks of being a speaker (which usually come with discounts, special treatment, or sometimes even being paid) are tempting, though, and so - sometimes - we throw caution to the wind and submit a half-finished thought as a proposal for a talk. If you've submitted to a Call for Papers a few times, you know how to phrase things so that it sounds interesting and convincing enough for the organisers and their audience to be considered.

This almost makes me sound like a fraudster. I'm not (or at least I hope I'm not), but sometimes us speakers do get a bit carried away with our ideas. You see, we always strive to give our best. There's always that glimmer of hope that this next talk will be the one that finally makes people acknowledge how brillant and profound we are. It's also the excitement of having a new idea and a new challenge ahead of us. This time, we say to ourselves, we're going to explore this exciting topic and show the world how good we really are!

Well, we don't say this out loud, of course. But it's what's going on somewhere in the back of our heads. And then time passes, the deadline is fast approaching and reality settles in. Suddenly we realise that we haven't spent as much time on researching the topic as we originally planned or if we did, that things didn't turn out as expected. 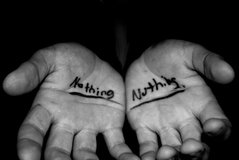 At that point, there are two ways out of this: You can wing it - or admit that the original submission was wrong. I hope it's obvious that you shouldn't try to wing it because it's not going to work. Your audience, or at least a large portion of it, will notice. Always. Believe me - I've done it and I've witnessed it.

Honesty is the way forward. And my old mantra guides the way: Think of your audience. They will come to your talk, expecting to hear about what you promised in that abstract that you wrote, way back. They will inevitably be disappointed to hear that you won't be able to deliver on that promise.

So what can you do to make up for it? You don't have to go up on stage and admit, as the very first thing you say, that they won't be hearing the talk that was announced in the programme. But when you get to the point where your original assumption didn't work out, you should be honest - brutally honest, if necessary. Explain what you thought or hoped you would find, why you didn't, and what you found out instead.

That way, you can turn this learning experience that you had yourself during the preparation of the talk into a learning experience for your audience. Why did you think it would turn out the way you originally announced? Isn't that a trap your audience would have fallen into, too? So making the mistake for them, saving them from this trap, can be the new focus of your presentation. Admit that you were wrong, but show them the positive side of it.

I think this is the main reason why speakers still try to wing it: As a speaker, you are supposedly an expert on the topic you are speaking about. Admitting that you were wrong on something in your area of expertise sounds like it would damage your reputation. But unless you told a lie or you are making this sort of mistake repeatedly, admitting failure will make you more human and, contradictory as it may sound, more credible.

Don't make things any worse by trying to wing it; which doesn't work, see above. Be honest and open about it. It will only add to your reputation.

(Image Credits: I've got nothing. by Garrett Charles, CC BY-SA, from Flickr)

"Can you deliver what you promised?" by Dirk Haun is licensed under a Creative Commons Attribution-ShareAlike 4.0 International Licence.

Here's what others have to say about 'Can you deliver what you promised?':

[...] world of technology - new facts emerge that may make the original point moot or contradict it. I've written about this problem before , but don't really have a good solution. I'm not aware of any technical conferences that handle this problem [...] [read more]

[...] would have enough data to back up his theory by the time of our event. That sounds suspiciously like a trap that I've fallen into myself a couple of times: You have a great idea and the date of the talk is far away in the future. So you think [...] [read more]

Can you deliver what you promised? | 0 comments | Create New Account