One of the early adopters of the concept of storytelling, long before there even was a name for it, was the ad industry. Cheesy as they may have been, those little household dramas they were telling in their TV ads for detergent were early - and successful! - forms of storytelling.

They've come a long way since then and now we often watch ads for their entertainment value and as examples of storytelling craftsmanship. 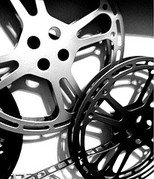 You may have heard of the Cannes Reel, a collection of ads (for TV or cinema) that won awards at the Cannes Lions Festival. What I didn't know until recently is that there's also a Cannes Predictions Reel, a pre-selection of ads which are considered candidates for winning an award in Cannes. This pre-selection comes with a competition in which you can vote for your personal candidates (out of the preselected ones) and possibly win a price if enough of your favourites make it into the actual Cannes Reel.

This makes for an interesting challenge, as you have to look beyond your personal preferences and take into account what the jury in Cannes would consider a winning ad. I have to admit that I was somewhat disappointed with the candidates, though. We were supposed to select our 7 favourites out of 20 presented ads, but I ended up with only 6 that I really considered price-worthy.

Most (though not all) of the ads did try to tell a story of sorts. The ones that didn't were "meta" ads describing the actual ad campaign, which in these cases extended into an online presence of one form or another, e.g. social media, collaboration on gaming platforms, ebooks, etc. That shouldn't come as a surprise - if you want to sell something, simply running an ad on TV or in cinemas is no longer enough to reach and engage your target audience. Telling a story in that context is an interesting challenge of its own.

An Ad that didn't work

I'd like to take a closer look at one of the ads that did tell a story but failed to make an impact, in my opinion. It was a beautifully filmed homage about an athlete on his way to his last match. Filmed in black and white (for the enhanced nostalgia effect, I assume), it failed due to the missing context. Let me explain.

First of all, this being about ads, it failed to make the connection with the specific product (an energy drink in this case). Apparently, the athlete in question has starred in ads for this product before. But this was a campaign that only ran in the U.S. and therefore the audience in Europe (or, in my case, Germany) had no idea about this connection.

The athlete in question was a baseball player. However, outside of the U.S., nobody really cares about baseball. Sorry folks, but that's how it is. We don't know the names of the players or the teams. We don't know the rules or the traditions (one scene in the ad was about touching a sign that hung over the entrance to the stadium to which, I guess, there is a background story that fans of this team would know about). As I said, the ad was very well made, so the agency or the manufacturer was probably - and rightly so - very proud of it, which is why they submitted it for consideration in Cannes. But I'm not sure the international audience there will appreciate it.

Finally, looking at the story that is being told in the ad, I have to wonder about this athlete. The point was that he was on his way to his last match after a 20 year career. He's being driven to the stadium, but decides to get out of the car and walk the last few blocks. On his way, he meets and connects with fans, which results in all sorts of emotional scenes. Again, the viewer who doesn't know anything about baseball has no idea about how this person usually interacts with fans. But this is supposed to be the first time in 20 years that he walks the area around the stadium where he plays regularly? That doesn't leave me with a very positive impression of this person.

All 3 of these problems are caused by missing context. The story only works if you know (and care!) about baseball and about this particular player. If you know that context, the ad probably works very well. If you don't, it will leave you confused - or even with a negative impression. It will be very interesting to see if the ad wins any of the awards. If the jury mainly consists of non-U.S. judges, it probably won't.

Lesson learned: Even a beautiful and emotional story only works if the audience knows the context so they can appreciate it.